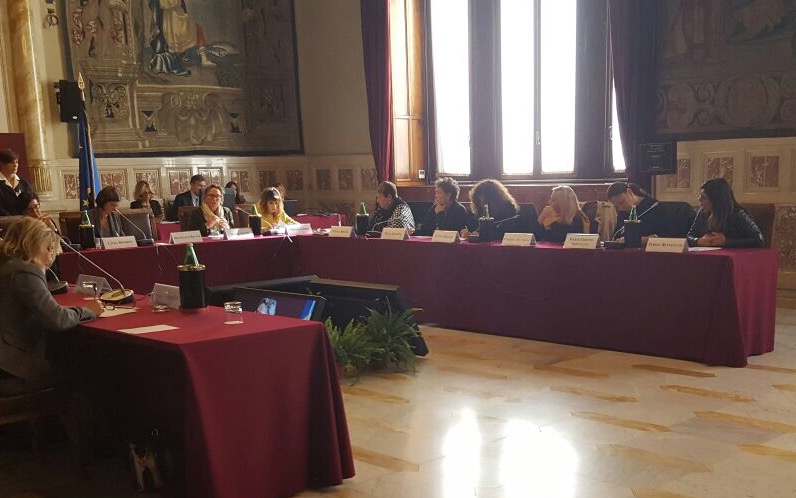 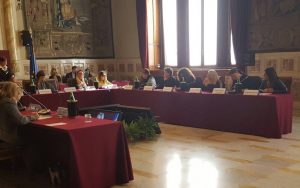 In this  moment of economic crisis, the United States of America responded by  women’s employment. . For the first time in history, the female component in the labor market in fact surpassed the male one.  In fact, today the most accredited candidate to become president of the first great world economy is a woman, her name is Hillary Clinton.

At the same time, in Italy, the question of female employments continued to be argument of the conference activity  as that of a real interventions. Something has been done, for example, the contents of Legislative Decree 80/2015 on reconciling care, life and work requirements, but this is not enough in this actual  situation in our country. Our Institute of Economic and Social Research has analyzed the distance between  health status  situation  difference in Belpaese (Italy)  compared to Europe.

Italy’s position is in line with its European partners. Only Greece has a worse female employment rate than ours. We are just a little bit out of range  to be considered one of the  worst due to the unemployment rate. However, Greece and Spain are put up worst than us. Apparently, it his happens due to the reduced participation in major educations and professional training.

Part time employment is increasing, but this growth does not represent a response in terms of conciliation of time, but rather a choice of the employer that punishes the worker because of it’s negative repercussions at the time of retirement.  If there is any improvement in terms of parental leave, the percentage of children up to three years in dedicated facilities continues to be minimal. The percentage of abandoning early school continues to increase, twice as high in  Denmark, Sweden, but also Greece itself. Less work, school abandonment and few conciliation policies  inevitably leads to poverty. At this moment, 30% of women in Italy are at risk of poverty, with a gross annual income over 15% lower than men.

Going to analyze the single productive sectors, in the professions and in the credit, the pay differential is close to 25% for the benefit of men. In the school, in manufacturing and in catering, the differential drops, although it’s between 12 and 15%. What we have traced is a consolidated, structural situation, which varies in the years by a few tenths of a percent. With this important details, WE NEED to act. From the budget maneuver, we expect, finally, the right  interventions In  favour of the female universe,  something new that even  with the Jobs Act, with the 2015 stability law, of a contribution exemption on recruitment with indeterminate time  ended up penalizing precisely these categories:- women, young people, mature workers, residents and residents in the South that needed more support. We also expect measures for the family such as the promotion,  conciliation and to create a structural  assistance to children and non-self-sufficient adults, assuring  the  presence  and continuous support  of the welfare state,  considering that as the production system and the overall economic conditions do not allow to have a contractual, corporate and   private type of welfare in place of that of the State and local authorities. It is a matter of making a great effort to rationalize public spending.  Pres. Laura Boldrini proposed the introduction of Gender Budget to have full understanding of what and how many resources are directed towards the resolution of the female issue in our country especially the employment issue.